Nothing is what it seems. This is particularly valid in the animal kingdom. Marine life doesn’t make any exception, but keeps our divers excited and curious.

Blending in becoming camouflaged is a useful trick to have up your sleeve to survive the many predators of the ocean. Or it can mean an easy snack as your prey unknowingly walks past your mouth.

Here are our TOP 5+1 marine animal masters that our divers tend to overlook as they commonly mistake them for parts of plants during their dives in Mexico and the Dominican Republic.

Unlike their name suggests, these fish are actually very quiet and great at sneaking up on unsuspecting prey. Trumpetfish are able to swim horizontally or vertically changing to suit their surroundings. They can hang upside down in a swaying rhythm, blending in amongst coral like a floating stick or a swaying branch ready to swoop down on unsuspecting victims. They can also change their color to blend into the reef.

Trumpetfish feed with an incredibly fast strike, with their mouth often opening as wide as their head. Unlike most other reef carnivores, they have no teeth on their upper jaws; prey is swallowed whole, so it is not uncommon to see a Trumpetfish with a large, fish-shaped bulge in its belly as it digests its last meal.

They also use a tactic called “shadow stalking”, closely following another non threatening species, like hogfish and lobsters, staying out of sight until it is too late for its prey. It also likes to blend into schools of other fish.

A tiny one to spot, for sure. Given their poor swimming capabilities, seahorses are masters of camouflage. They greatly rely on their camouflage to hunt and survive. Seahorses come in an amazing array of colors and skin textures, with each species perfectly suited to its environment be it coral, algae, seagrass, or mangroves, where they ambush much smaller prey by sucking them into their toothless snouts. 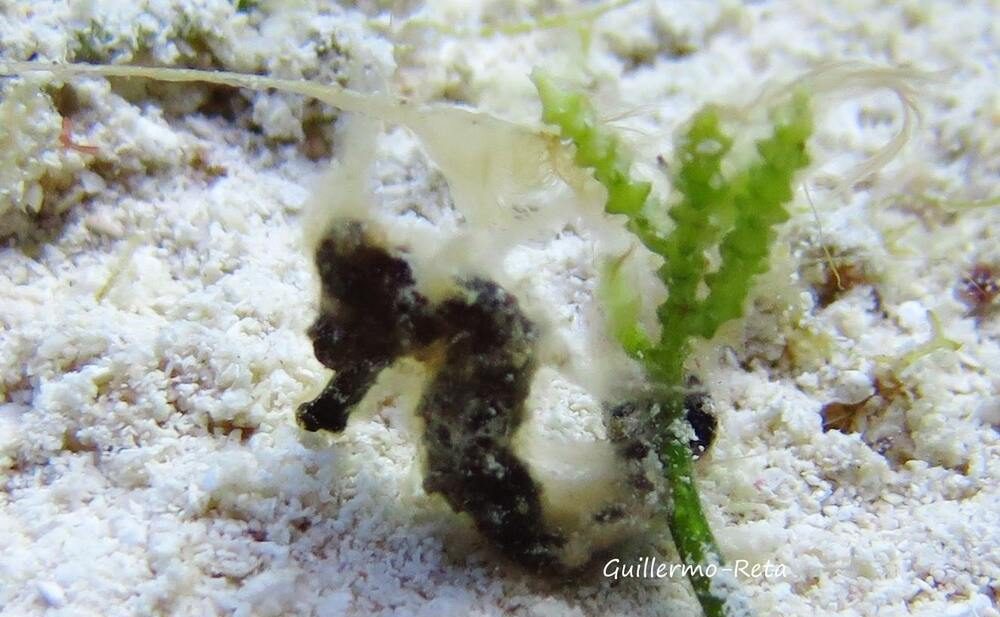 At our dive sites in the Riviera Maya and Cozumel, for example, many of the species live in the seagrass, appearing in greens and brown with rough or frilly skin.

The octopus is the epitome of camouflage, they can match the colors and even textures of their surroundings in seconds, allowing them to hide in plain sight. They can even walk or change the way they swim to mimic other animals. 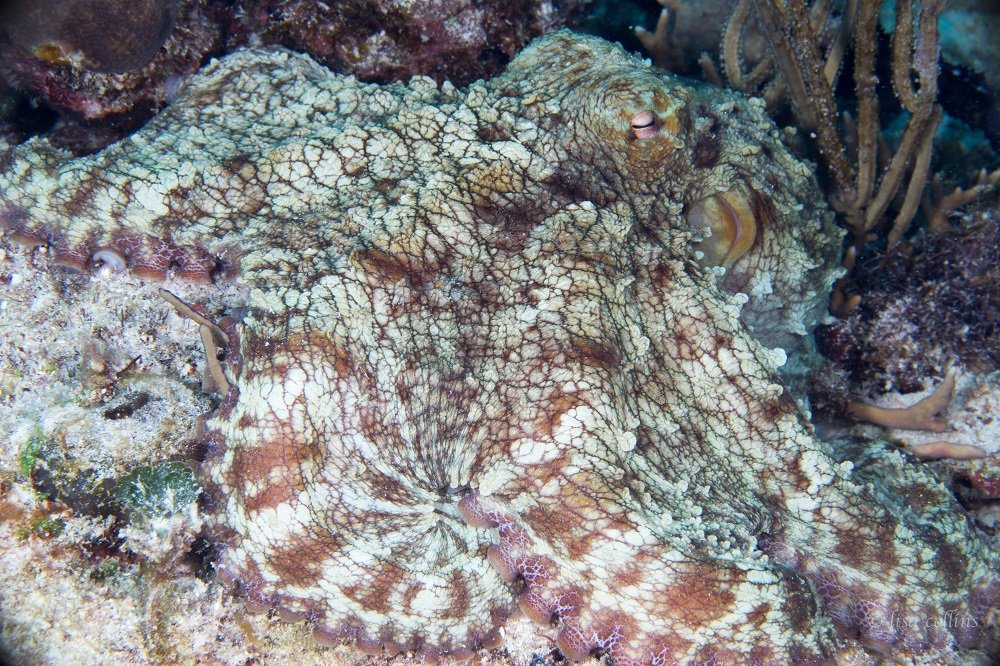 They adapt so well they are found in both salt and freshwater environments and all depths of the ocean.

Although they look nothing like them, they are actually sea stars. They more strongly resemble plants with their slender branching limbs, billow-like colorful fern fronds. They can hide in plain sight among bright corals and anemones. 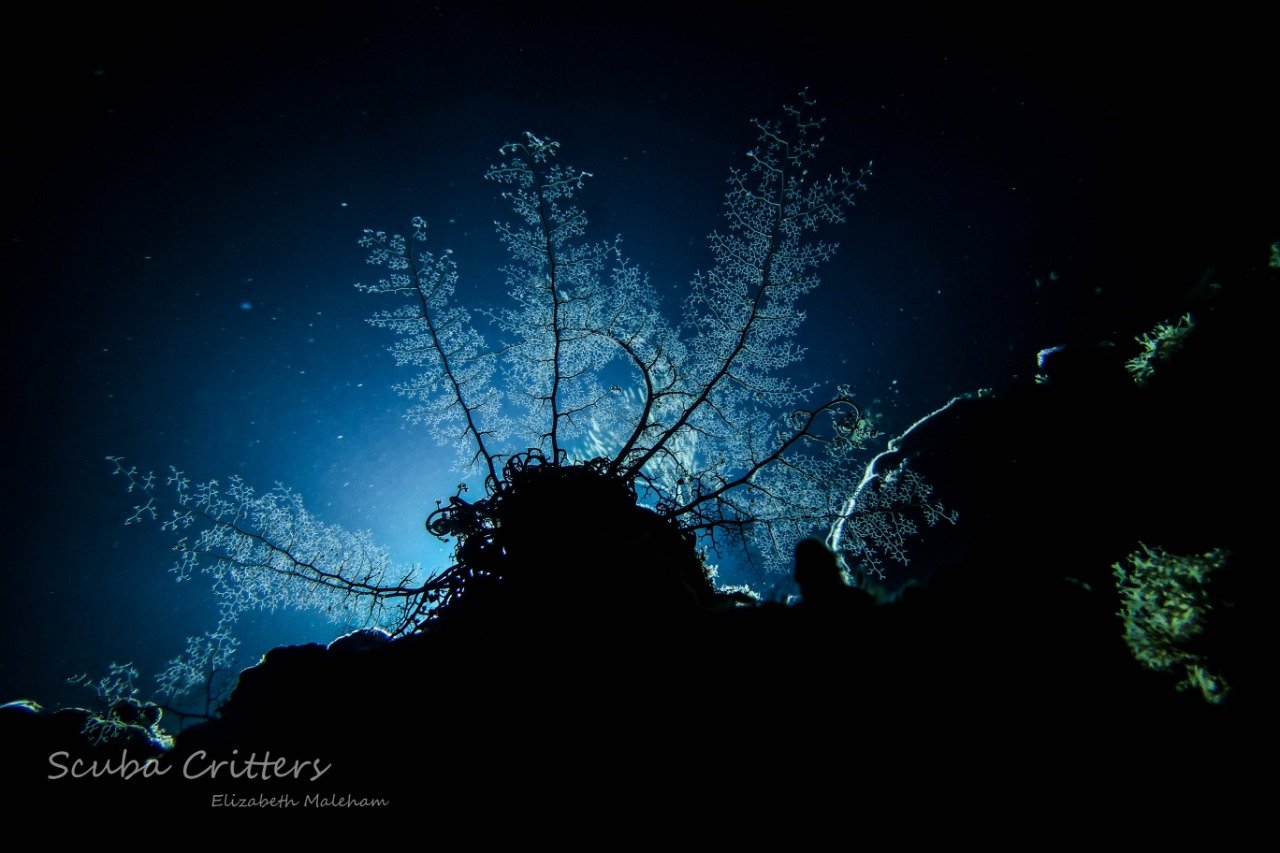 Generally they stay firmly anchored in place filter feeding, though they can actually get up and swim awkwardly to new spots.

This fish has armor-like, hexagonal scales covering most of its body, giving it its name. This pattern also helps it blend in with the reef.

Not only that it has the amazing ability to change from iridescent blue, to yellow, to dark green depending on what it wants to blend in with and once camouflaged it can remain stationary for long periods of time.

There are thousands of species of opisthobranchs, each with its own technique to blend in. Some look exactly like the leaves they feed on both in color and shape. Others mimic coral, sponge, hydroids and so much more. The range and likeness to each habitat is uncanny.

But of course, there are also others that are brightly colored to advertise their toxicity to any predators who want to eat them.

And many more deserve their spot on our list! Which one is your favorite candidate that you keep overlooking? Let us know! Perhaps, we will write about your adventure in one of our next blogs: marketing@prodiveinternational.com

How to start your diving adventure?