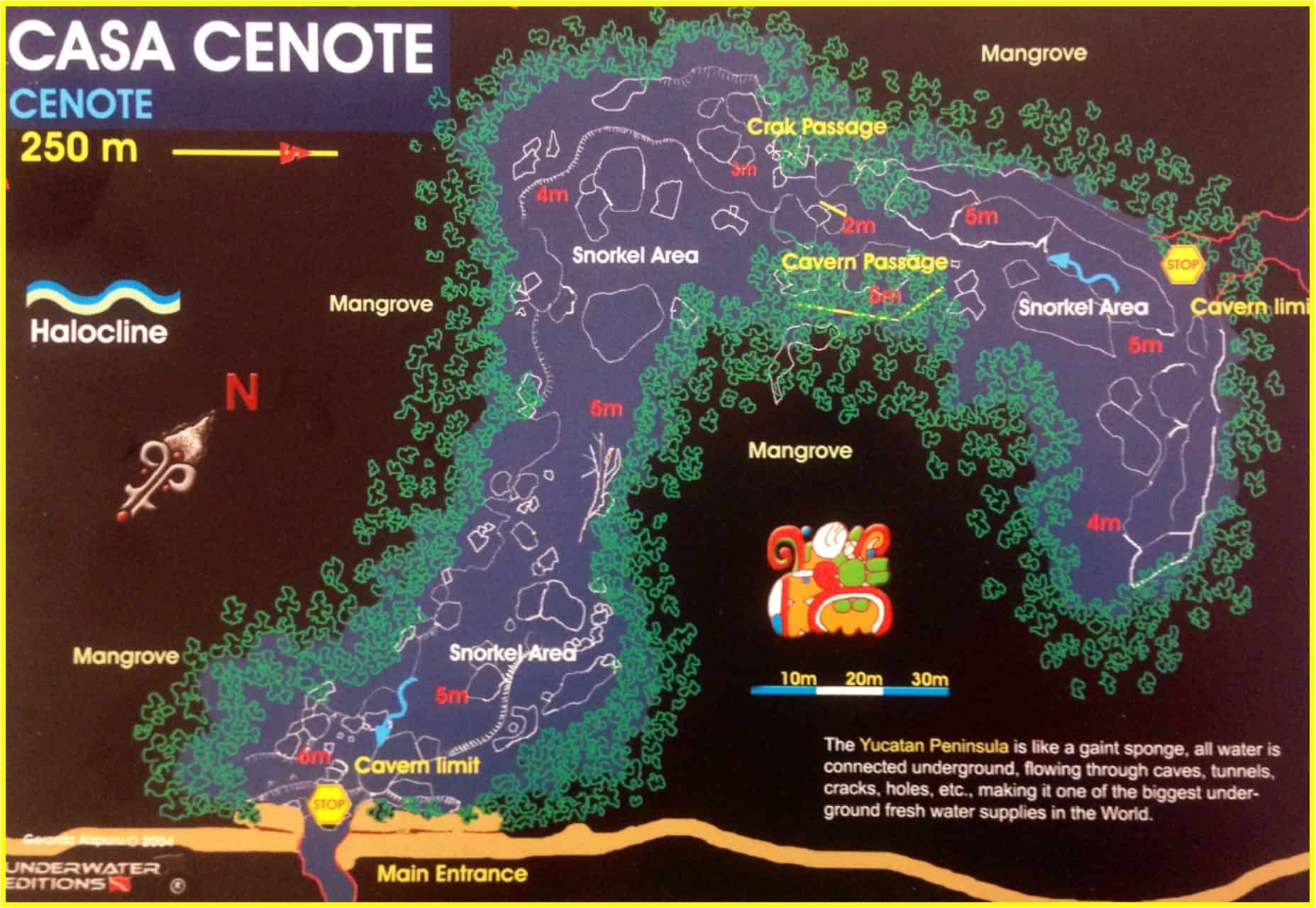 Casa Cenote connects one of the longest underwater Cave Systems in the world Nohoch-Na-Chich with the ocean. It is one of the few surface rivers on the Yucatan Peninsula. Located 10kms north of Tulum and 70km south of Playa del Carmen. Casa Cenote gives the diver the feeling of diving underneath the jungle.

The dive follows the course of the river at a depth of no more than 8m. Due to the connection with the ocean, both fresh and saltwater fish live there. The dive follows alongside the jungle and at times through algae covered Mangrove roots reaching into the water. Huge rocks overgrown with mosses and green algae decorate the bottom.

Surfacing quietly at the end of the river, you might spot different bird species. Along the sides of the Cenote there are small caves running into the jungle frequently used by Manatees inhabiting coastal rivers and lagoons.