About Us
Kontakt
Deutsch
Menu

What do divers do on Halloween? Dress like a zombie, trick-or-treat through the neighborhood to scare little kids, watch a horror movie on Netflix, or attend a party at a friend’s haunted house? How about swapping your traditions for some spooktacular dives?

Our favorite 5 spooky dives for Halloween

What could be more surreal and eerie than diving amongst 100s of life size human figures sat on the seafloor, slowly being claimed by nature.

This underwater museum in Cancun was created by a non-profit organization devoted to the art of conservation. MUSA features over 500 sculptures, most of which created by the British sculptor Jason deCaires Taylor. There are three different galleries submerged between 10-20 ft/ 3-6 m deep.

The museum was created with the objective of saving the nearby coral reefs by providing an alternative destination for divers, and officially opened in November 2010. The statues provide a new type of artificial reef allowing art to save the ocean. The statues are made of pH-neutral cement and have many holes in them allowing marine wildlife to colonize easily. After only a short time under the water, the statues have begun to be transformed by nature. 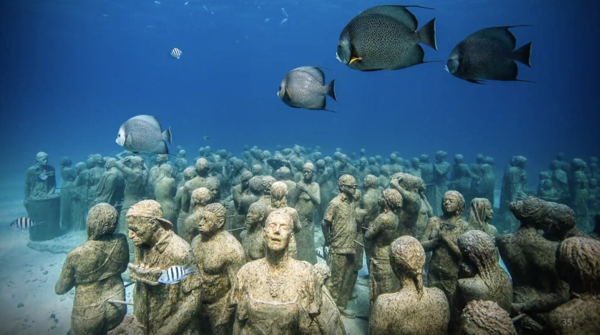 As you drift along the sandy seabed a huge dark shape starts to appear, the Mama Viña – an old shrimp boat guarded by a large fierce looking barracuda and a giant green moray eel.

This wreck was intentionally sunk in 1995 by Xcaret Park and has since developed an artificial reef. Today it belongs to one of the top dive sites on the Riviera Maya.

Sitting at 30 meters, Mama Viña is covered in colorful sponges and corals, and is home to a large array of marine life. Peer through the windows to see the resident glassy sweepers shimmering inside and try to spot the lobsters and eels hiding in the propeller. Spend the dive circling up the boat to join the large barracuda at the mast. 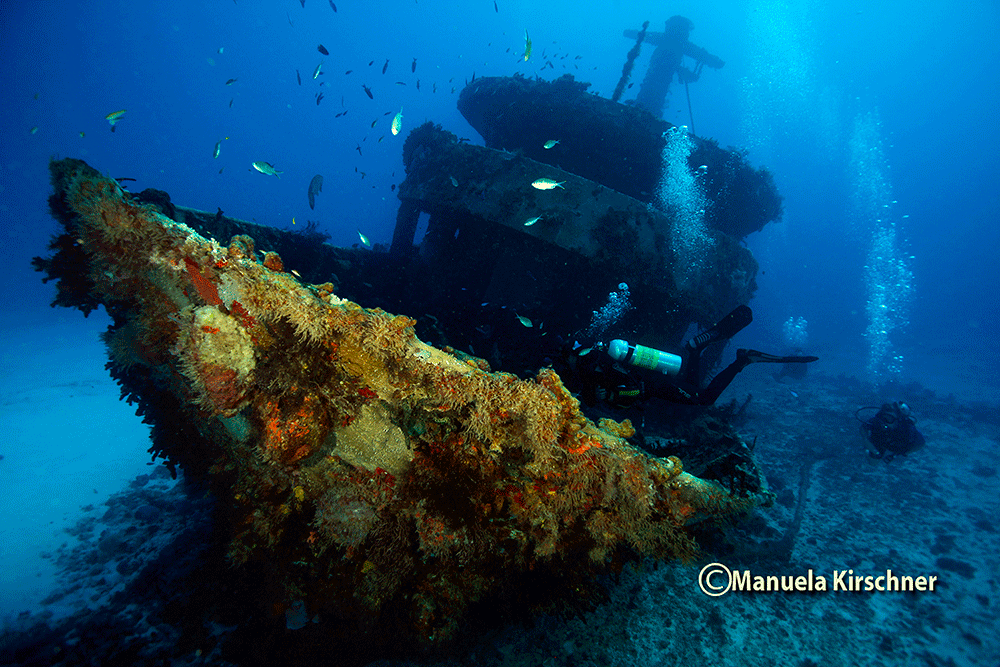 As darkness falls across the reef, creatures crawl in search of food, and bioluminescence starts to shimmer.

What creeps out onto the reef after the sun goes down? Join the vibrant party under the sea as huge basket stars unfurl their arms into the night, parrotfish create their mucus bubble beds, giant lobsters, king crabs and octopus prepare for hunt, and bioluminescence sparkles up the scene. 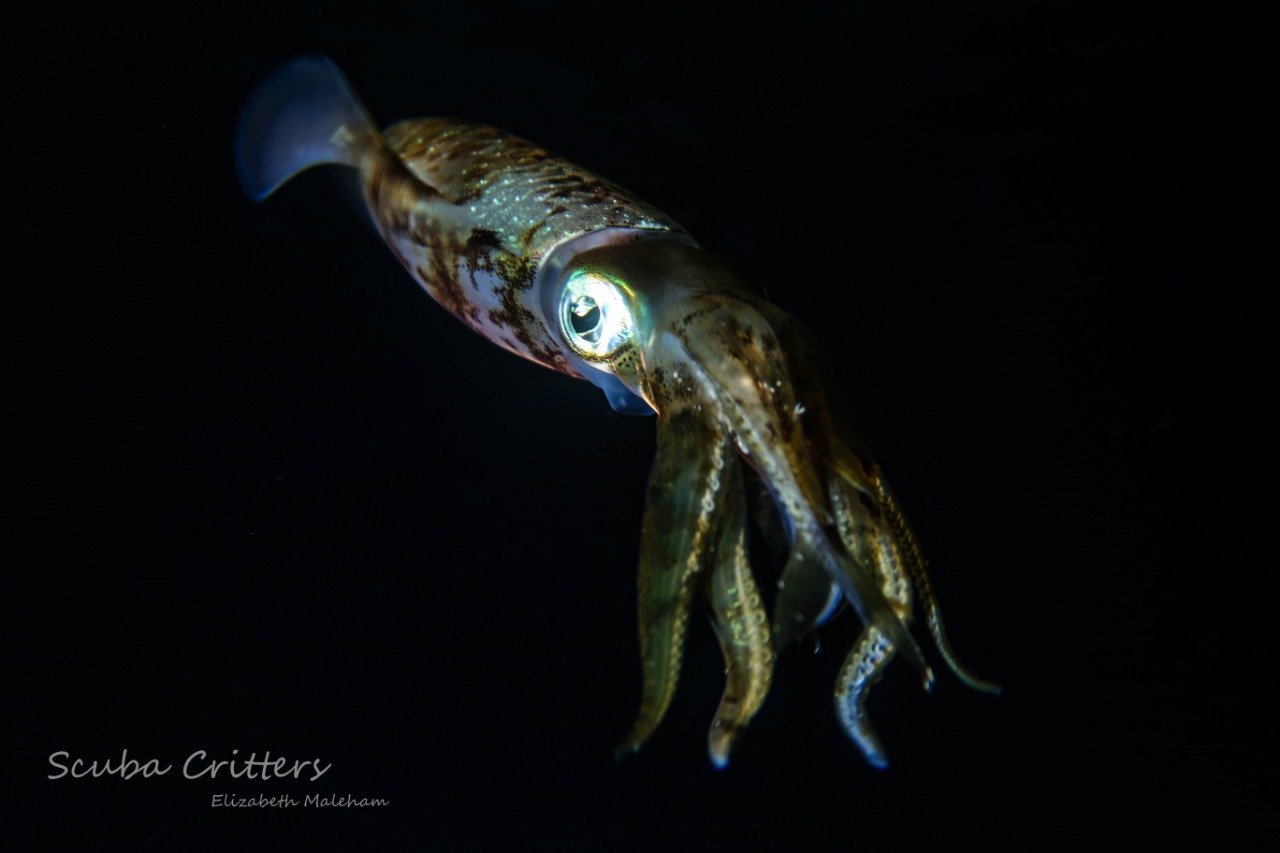 Witness the great prow of this decaying World War II battleship looming out of the depths. Explore its empty hallways now taken over by sponges and marine life. Visit her final resting place and experience a piece of history becoming part of nature.

This 184 ft/ 56 m long ship was built as a US Navy minesweeper in Tampa in 1944 during World War II and awarded a Presidential Unit Citation and five battle stars for her service at sea. After the war, in 1962 she was sold to the Mexican Navy.

Originally named USS Scuffle, the ship was renamed ARM DM-05, and again in 1994 after Felipe Santiago Xicoténcatl, who served as a General in the Mexican Army. Converted into an Admiral Class Gunboat she guarded the Gulf of Mexico and the Caribbean Sea in Search and Rescue operations. In addition to providing surveillance of illegal arms and drug trafficking.

In 1999 after providing 37 years of service to the Mexican Navy patrolling the Gulf of Mexico and the Mexican Caribbean for illegal arms and drugs, she was finally retired and sank, as an artificial reef and dive site. Sitting at 21m meters and rising up to 12m with many large openings for easy penetration. 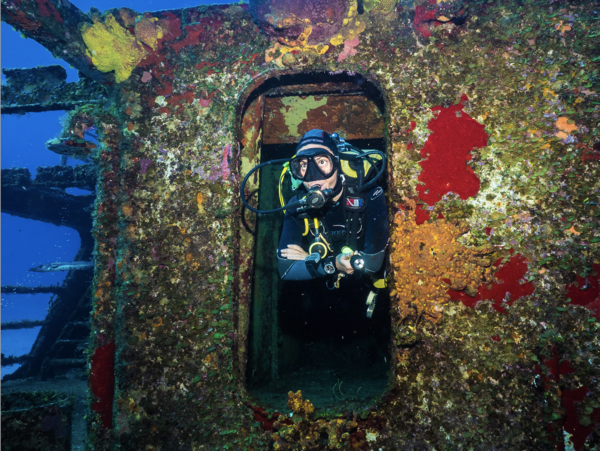 A cenote unlike any other! Descend into the deep green waters onto an underwater island, surrounded by misty clouds from which dead tree limbs protrude.

Enter another world on this dive, a deep circular pit surrounded by trees in the jungle, which is famous for its hydrogen sulfide cloud at 88 ft/ 27 m. This 10 ft/ 3 m thick cloud encircles the debris and trees that have fallen in over the years, creating the effect of an island rising up through the clouds.

As you sink deep into the dark waters of cenote Angelita you can start to make out massive trees looming out of the mist below, swim over the island and amongst the huge trees and branches rising out of the mist making this an unforgettable site! 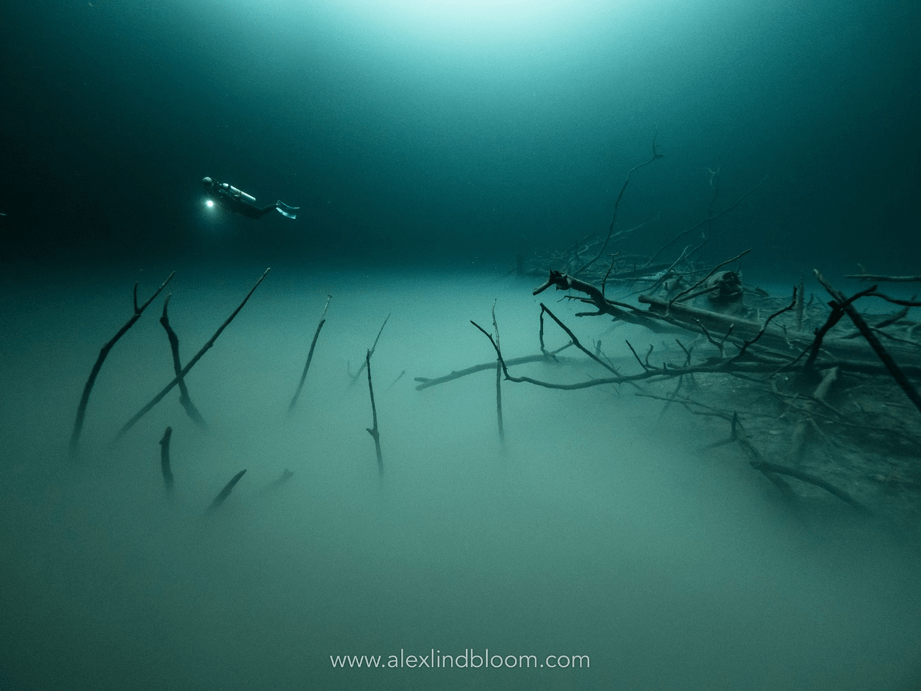